How The World Began, Play by Catherine Trieschmann, Arcola Theatre, London, 8 out of 10

Susan (Anna Francolini) is a young science teacher from New York City, soon to be single mother. The break up of her relationship and her impending motherhood have led her to take a position as a science teacher in the US bible belt in rural Kansas. One of Susan's new pupils is the 15 year old Micah (Perry Millward) who is an orphan living with a local childless man (Ciaran McIntyre) and his wife. Micah lost his mother to cancer and his stepfather in a recent tornado, which has devastated the rural area where he lives.

As a science teacher Susan is all too well aware of how she needs to teach her subject and deal with evolution theory while respecting the division between state and church as demanded by the US Constitution and implemented in Kansas state legislation on education. Yet Susan is also a woman with a personal views and a certain impulsiveness. When she makes a remark in the classroom that might be seen to offend religious sensibilities, Micah insists that she presents a public apology. A dark and threatening atmosphere develops around the relationship between teacher and pupil and ripples through the local community. Where will this end?


How the World Began takes a familiar controversy dealt with in reality, film, television and theatre in several creative endeavours. Some like the play turned into a film, Inherit The Wind with the unforgettable Spencer Tracy, are of high quality.

The great strength of Catherine Trieschmann's play is the emphasis on the personal, the genuine connection that she credibly establishes between Susan and Micah. The dialogues are intelligent and both Micah and Susan defend their positions and their dignity, but they do not put ideology first. What we see is an intelligent, high potential farm boy student with a troubled background in conflict with a science teacher. Susan wants to earn her money, get all her certificates she needs for teaching, get health insurance cover. But she also defends the ethos of the science teacher, while respecting the religious background from which her pupils come. And she is a talented teacher with a heart for her students. It is the presence of the human and relational dimension within a genuine political and ideological problem in the US education system that makes this a very good play.

The director keeps the play moving along and the performances move the audience. The UK is a country blessed with extraordinary creative talent in film and cinema.
All three members of the How the World Began give an outstanding performance. The chemistry between Susan and Micah gives drama and emotion to the very intelligent dialogues. Perry Millward as Micah stands out with a performance that is worth the price of the ticket plus a donation to the Arcola building fund. How the World Began is excellent theatre and deserves a sell out run.
Although my daughter may not be a representative sample,  this is a play that can reach a young adult/teenage audience. With this production of How The World Began the Arcola Theatre confirms its track record as a place to go in London to be moved, entertained and challenged to think by intelligent plays.
http://www.arcolatheatre.com/?action=showtemplate&sid=490
Tom Atkins presents the European Premiere of HOW THE WORLD BEGAN by Catherine Trieschmann
Director Des Kennedy
Designer Alyson Cummins
Lighting Designer Mark Howland
Sound Designer Paul Millen
Video Designer Ben Gutteridge
Cast: Anna Francolini, Ciaran McIntyre and Perry Millward 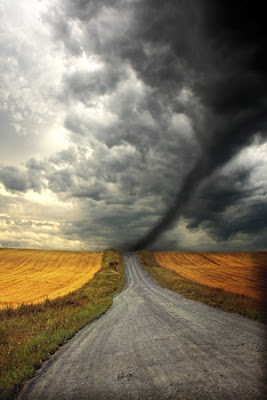 Posted by A London Theatregoer at 23:55