A Slow Air, play by David Harrower, at the Tricycle Theatre, London, 8* out of 10


At the beginning of the "noughties", I learnt much of what I know about the extraordinary human strength that can be found in ordinary families. I did this by moving to the Netherlands to become father, cook and in house tutor to my (step)children and husband to my (now late wife). Thus I was playing my part in allowing her to pursue her career as a lecturer and her fight for high standards in Holland's education system. Amsterdam,  as a media-city also provided me with vicarious learning opportunities through its inventiveness in TV reality-show concepts. I was, of course, high- browedly dismissive of the lot, while being simultaneously unable to resist their fatal attraction.

One of my favourites was “family dinner”, where the presenter would try to organise a dinner between two family-members who, after a dispute of some kind or for whatever other reason no one could remember had broken-off contact with each other. Sometimes the presenter's valiant attempt ended in disaster, often in a joyfully tearful reunion. While making numerous ironic comments, I , like millions of others sitting in front of their television screens, would feel tingles go down my spine as another long lost family-pair were again talking to each other after many years of silence.

So in getting my tickets for David Haroower's play A Slow Air, I did not need convincing that the true stories about what goes on in ordinary families make compelling raw material for comedy and drama.  I was not disappointed:  David Harrower shows how the trials and tribulations of an ordinary family can be made into an intelligent and  multifaceted piece of story-telling on stage.

Athol, who runs a small building business, is in his fifties. With their grown up children out of the house, he and his wife Evelyn have moved from Glasgow to the West of Scotland. Morna, Athol's sister, is cleaner for an upper middle-class family in Edinburgh. Her son Joshua studies art and design. Morna and Athol were quite close once but after an incident between them they have had no contact with each other for 14 years.

In this two-hander Athol and Morna take it in turns to tell us what happened next. What follows is a sequence of soliloquies in which a story is told to the audience as it would be to a friend over a glass of smooth whisky. Who will be the hero or the villain of this story and will it end in tears; tears of rage or tears of joy?

David Harrower is a gifted, Olivier Award winning playwright who has fitted the story telling style perfectly to the personalities of each of the two protagonists which emerge as the story evolves. His use of language is  natural and straightforward and at the same time has rhythm and poetry, a sort of gentle Scottish rap. The more it developed the more the audience wanted to hear the story. Attention did not flag for a moment from beginning to end.

Susan Vidler plays Morna gives a very fine performance as a woman whose teenage mistakes have shaped her life. Lewis Howden simply is Athol. You would love to have him as your builder - or your brother.

A very good evening at the theatre for audiences of various ages. Harrower has written an accessible play and this production deserves a full house. 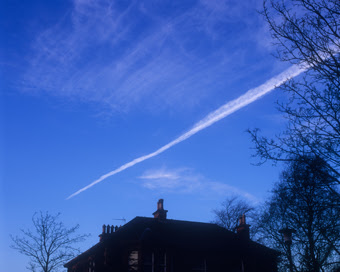 A SLOW AIR
by David Harrower

Posted by A London Theatregoer at 17:00