Salzburg, Austria: A Coffee House, An Actress and A Musical

Before becoming the Hotel Sacher in the late 1980s, the place was called the Oesterreichische Hof, and before that the Hotel d’Autriche. Over several centuries this has been the premier address to reside at when visiting Salzburg.

In Salzburg’s coffee houses cakes meet culture, art and science and cakes are culture, art and science. Not a 100m from where I am sitting is the house where the Mozart family lived. Even closer is the house where Christian Doppler the 19th century scientist who discovered the “Doppler-effect” was born, a discovery of paramount importance to modern astronomy. About the same distance away is the city’s main theatre.

On the table next to me an elderly gentleman is reading his newspaper. It is the expressionist painter Kortokraks, the subject of a recent documentary film, and a friend of the more famous Oskar Kokoschka.

I grew up in this city and remember when the Café I am now sitting in bore not the name of the well known Viennese cake, but that of an equally well-known chocolate specialty from Salzburg, the Mozartkugel; it is a small sphere (Kugel being the German for sphere) consisting of marzipan and gianduja nougat covered in dark chocolate.

It won’t be a Sachertorte for me for me today, at least not to start with. The cake that I traditionally eat here is a delicious concoction made of an almond base with a rich chocolate-truffle layer on top. “Also eine “Sarah Bernard”, der Herr?” the waitress asks, pronouncing the “Bernard” in the most French manner possible; so, Luckily they still have my favourite cake. Embarrassingly however, for a coffee house in which signed photographs of famous opera-singers, conductors, theatre directors and actors decorate the walls from top to bottom, they have got the name of the cake wrong! The “Bernard” in the Café Sacher’s menu refers to the most famous French actress of the Bel-Epoque, the late 19th century, Sarah Bernhardt, pronounced as the French first name “Bernard” but with an audible “t” at the end.

This 5* hotel’s famous café with its impressive pedigree and its location at the heart of the European performing arts misspells and mispronounces one of its most tasty specialties.

This clearly calls for a campaign to accurately reinstate the link between the tasty sweet and the grande-dame of the European stage and early film which it has been named after.

I begin by explaining to my waitress that the lady who gave her name to the cake shares the second syllable of the surname and her Jewish roots with the creator of the Salzburg Festival, the German actor and director Max Reinhardt.

The waitress recognizes the importance of the matter and immediately refers me to the next level up. This is the male waiter, in Austria addressed as “Herr Ober”. The regulars may replace the “Ober” by the first name; to them he is “Herr Franz”. Herr Franz informs me that I might be right, but “Bernard” looks and sounds “so much more French”! This line of argument however, will not cut any mustard with me.

Herr Franz assures me, he will raise the issue with upper-management and expects a correction to follow. I’ll have to check on my next visit to Salzburg whether my campaign to restore the formidable Sarah Bernhardt to the rightful place in the sweet history of cake making will have borne fruit.

For now, I am just in time to catch some open-day events at the Salzburg Landestheater across the street from the Café Sacher. Entry is free and an interested audience gets a chance to watch 30 minutes rehearsal for the forthcoming production of Goethe’s Dr. Faustus Part 1. The director and the principal actors perform part of the play and then explain and demonstrate how they go about performing a fighting scene.

It looks like this Dr. Faustus will be a fine production in modern dress and a very interesting musical score that is integrated into the play. The director seeks to make the complex play accessible to a varied audience and even more ambitiously will attempt to do this for the much more esoteric Dr. Faustus Part 2.

Clearly, theatre in Salzburg has come a long way since I last sampled it here. Now my curiosity has been piqued and I want to see more.

The next event of the open-day programme is a free one-hour performance with a medley of songs from a number of musicals. Although I am not a musical-fan, I decide to join the audience in the packed theatre. And I’ll not be disappointed.

There are excellent singing voices and strong dramatic and comic acting interpretations of great songs, some performed in English, some in German. The songs are from La Cage Aux Folles (the very moving “I am what I am”), Nunsense, Titanic, Kiss Me Kate, The Adams Family, I Have Never Yet Been to New York, and finally a number of songs from the sell-out production of the Sound of Music. It has taken until 2008 for the Sound of Music finally to be performed in the city where most of the action takes place. But now it feels like Rodgers and Hammerstein’s musical has finally come home to where it belongs.

My coffee-house and theatre-day in Salzburg draws to an end. I have had the chance to sample an interesting and popular programme with which the Salzburg Landestheater is not only attracting larger audiences but also establishing itself as a venue of note in the German speaking theatre - and there is nothing wrong with that. 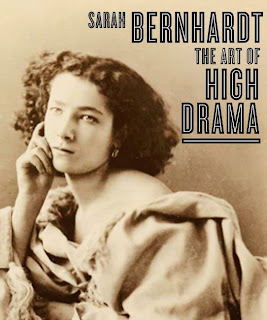 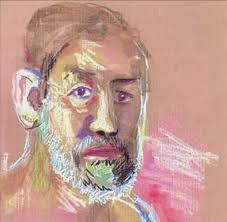 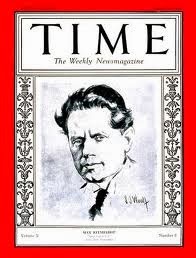 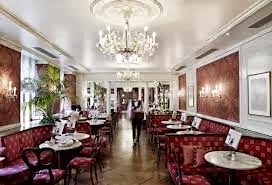 The Sound of Music - Salzburger Landestheater

Posted by A London Theatregoer at 11:32