Your Fatwa Does Not Apply Here – Untold Stories From the Fight Against Muslim Fundamentalism, Book by Karima Bennoune, W.W. Norton and Company 2013, 9* out of 10

Karima Bennoune has written a thought provoking book. Invaluable reading for anyone wishing to form a better understanding of the struggle for freedom, justice and equal opportunity by courageous individuals in places where totalitarian interpretations of Islam aim to suppress these universal values by terrorising those who strive for them.

In Your Fatwa Does Not Apply Here the Algerian/American Human Rights lawyer Karima Bennoune presents a number of important people to us who deserve to be much better known in the West than they currently are. Like Bennoune, they fight for dignity, justice, personal freedom and equal opportunity for men and women against radical Islamist movements that want to deny them. Many of them, though by no means all, are women. All of them are active in countries where it is in the name of fundamentalist interpretations of Islam that they have often endured the constant threat of terrible violence to themselves and to those dear to them. In many instances that threat has been realised. Through her interviews Bennoune enables us to hear the protagonists speak in their own voice.

As the daughter of a man who suffered such threats himself, Bennoune knows what this means from personal experience and she is able to convey it vividly to her readers. As a Human Rights lawyer working for NGOs like Amnesty International, she also understands how to address these instances with professionalism.

Bennoune collected her interviews and wrote her book in the midst of the period when the hopes elicited by the Arab Spring turned into near despair in most of the Arab world. This made her work particularly challenging and the outcome especially interesting.

Unusually as a writer closely associated with the Human Rights movement in the West, Bennoune is an important voice denouncing the tolerance towards Islamist political movements of the liberal and not so liberal left, including her former employer Amnesty International, Human Rights Watch and similar NGOs as well as many Western governments. How easily they are fooled by the dissimulation of “moderate” Islamism and the willingness of radical Islamist movements to participate in a “faux-democratic” process. This she finds is often based on a flimsy understanding of the nature of the path to true democracy and a wilful blindness towards any movement that share the Western political Left’s dislike of the US and its policies particularly those towards the wider Middle East.

Her book also stands out from the crowd because she manages to combine the personal with the professional and is willing and able to turn a clear and critical eye on herself.

Bennoune illustrates the impact of what she sees as the blatant misuse of Islam for a violent ideology suppressing the freedom of people and particularly to enjoy not only a dignified life but also theatre, music, and culture. And she shows how courageous women and courageous men stand up against incredible odds and in the face of terrifying violence in mostly non-violent struggles for justice and dignity for themselves their families and their people.

Karima Bennoune is a talented writer able to paint a vivid picture of the people she has interviewed and the countries with their specific political and social circumstances that form the specific background for each of the human rights activists she has interviewed. Not surprisingly she succeeds particularly well in telling the story of her native Algeria where people died in their thousands as a result of fundamentalist violence under reported and often misunderstood and misrepresented in the West. The chapter on Iranian human rights activists is also particularly successful. Less coherent is her apparent need to limit what others will make of her book, particularly when, after criticising the misdeeds of the Islamist Hamas, she  pronounces her own Fatwa on supporters of the current Israeli Government using her findings to comfort their own positions in any way. This seems to have to do more with US leftist university campus politics - Bennoune is a law professor at UC Davis - than the subject of her book as she does not feel she has to distance herself just as strongly from anti-Islamists in the US and the West who do not share her leftist political convictions.

Your Fatwa Does Not Apply Here is a very readable and thought provoking book. Invaluable reading for anyone in the West wishing to form a better understanding of the struggle for freedom, justice and equal opportunity by courageous individuals in places where totalitarian interpretations of Islam aim to suppress these universal values by terrorising those who strive for them. 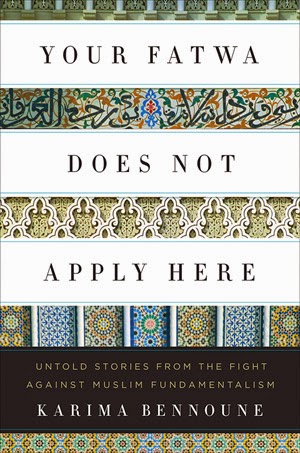 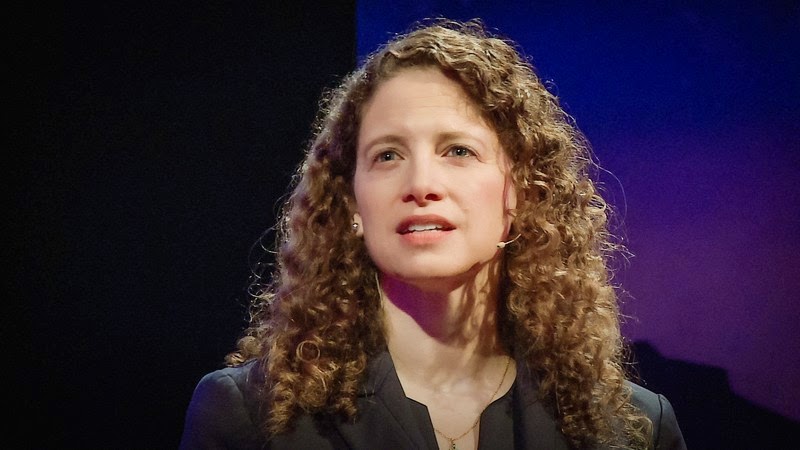 Karima Bennoune
Posted by A London Theatregoer at 14:02