With Le Jeune Ahmed the Dardenne brothers bring their trademark documentary style to a drama about a radicalised young Muslim boy in Western-European society. The result is a suspenseful watchable drama that throws up important questions. There are some strong performances by the lay-actors. Idir Ben Addi shines in the title role. Le Jeune Ahmed received the Palme for best direction at the prestigious Cannes film festival.

Belgium 2019. Like the thirteen-year-old that he is, Young Ahmed (Idir Ben Addi) moves from school to home quickly, yet awkwardly. His school teacher Inès (Myriem Akheddiou) has helped him with his dyslexia and wishes to teach modern Arabic to her students to supplement the Koranic Arabic which they learn at the mosque. Unlike many other thirteen-year-olds though, Ahmed has been brought to a fundamentalist interpretation of his faith by the preacher Immam Yussuf (Othmane Moumen) in his local mosque.  Being a "pure" Muslim is at the centre of Ahmed’s thinking. He single-mindedly tries to fulfil all the daily precepts of a devout Salafi Islam. Moreover, he feels that he must call to order those Muslims close to him who he considers too westernized. Foremost among them are the two most important women in his life: his single mother (Claire Bodson) and his school teacher Inès who is rumoured to have a Jewish boyfriend; this is one more reason for young Ahmed to plan to deal with her once and for all. In his fanaticism, Ahmed oversteps moral and legal limits. He will encounter the Belgian system for punishing and rehabilitating young radicalised offenders.  How will he respond to the humane, tolerant yet ill-adapted methods and institutions he encounters there?

In their documentary-like style, Ahmed is followed with a mobile camera from beginning to end the Dardenne-brothers latest film. They place the viewer in the centre of the action with their protagonist. Much of the cinematography concentrates on the upper body, head, and face of the acting persons. The Dardenne-brothers have again carefully selected lay-actors to play the roles in their fictional story. The actual heroines of this film are the women of Muslim origin who are trying to live their lives and assume their roles in freedom in a Western-European society with all its advantages and flaws. They try to build bridges for boys and young men in their care from their ancestral culture and religion to the modern values of the society of the country they live in. They try to do this while respecting the North African and Middle Eastern roots of these youngsters. And they are in danger because it is these women who are the first target of the venom of radicalized Muslim youths and lack the protection and support they need both from governmental institutions and from their own community. This is something Jean-Pierre and Luc Dardenne's film shows very effectively in its spare style.

Le Jeune Ahmed also shows how the Belgian system for young offenders is trying to deal with radicalized youths. If what is shown in the film conforms to reality, the system seems to avoid and ignore the aspects of radical religion. It treats radicalized youth like any other youth offenders. The carelessness with which a murderous radicalized misogynous child is allowed as part of his rehabilitation to spend time with a non-Muslim girl of his own age seems like just another way in which girls and women in our society lack the care and support they need in the face of racist and misogynous ideologies they may be confronted with. Whether right-wing white supremacist or violent Islamist radical or left-wing anti-Semites (see today’s British Labour Party), the privileged targets of these young radical men and boys are women. The closer these women or girls are to them (secular women of Muslim backgrounds,  Jewish women who are members of the Labour party) the more virulent the expression of the hatred. In this sense, the Dardenne’s fictional story in documentary format is a credible reflection of modern reality.  it shows how a boy, who is still emotionally very dependent on his mother and his teacher can fall prey to an ideology that turns objects of love and respect into objects of murderous hate and disdain.

Le Jeune Ahmed grabs the attention of the viewer from beginning to end. It does so with a more suspenseful action than their previous efforts. Personally, I found its ending not very credible. I was however never tempted to let my attention slip while watching Young Ahmed’s story. Moreover, Le Jeune Ahmed is a film that does not leave you indifferent. As in previous films, the Dardennes have elicited excellent performances from their lay actors. Idir Ben Addi is outstanding as Ahmed, so are Clare Bodson as his mother and Myriem Akheddiou as a dedicated teacher.

Le Jeune Ahmed received the Palme for best direction at the prestigious Cannes film festival. It is not as realistic as previous Dardenne films on the challenges of ordinary people confronting difficult evens in our very imperfect societies in Western Europe, but it is a topical film worth seeing, thinking about and discussing with others.

At the packed Gartenbaukino in Vienna the largest venue for the excellent Viennale Film Festival under the capable direction of Eva Sangeorgi, members of the audience had the opportunity to pose questions to Luc Dardenne. He mentioned that the film is shown in schools with many students of Middle Eastern and North African backgrounds leading to discussions with students some of which initially express the feeling that it portrays students from such backgrounds as terrorists or potential terrorists. He answers this by making clear that terrorists can come from all backgrounds for example the inquisition in 16th century Spain or the Jewish assassin of Israeli Prime Minister Yitzhak Rabin. To me, Dardenne was more convincing and competent when he spoke about his filmmaking than his skills in the prevention of radicalisation among Muslim youths in Belgium. Experts like the psychologist Ahmad Mansour working in Germany (author of among other books the Spiegel bestseller list's Klartext zur Integration: Gegen falsche Toleranz und Panikmache) who take a more direct and proactive approach seem to be more competent and capable in this area, but the Dardenne's Le Jeune Ahmed can make a valuable contribution to getting a discussion going. 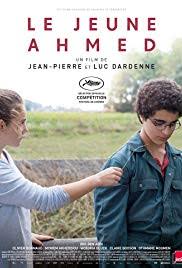 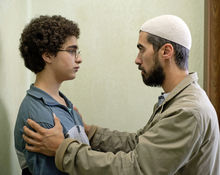 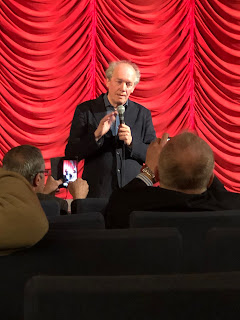 Editorial Note: A number of grammatical error corrections and small editorial corrections have been made by the author after the original release of this blog entry.
Posted by A London Theatregoer at 10:58