Martine, Play by Jean-Jacques Bernard, directed by Tom Littler, Finborough Theatre, 8* out of 10

On a country road in France in the 1920s, the pretty Martine
(Hannah Murray) seeks shelter from the burning sun under an Apple tree , as she returns from an errand. Julien (Barnaby Sax), a handsome young officer returning from war in Syria finds her there and sparks fly. It turns out, that as Julien will be staying with his grandmother, Madame Mervan, as he resumes work in civilian life as a journalist in Paris. Madame Mervan (Susan Penhaligon) lives in the same village as Martine. When Julien's former fiancee Jeanne (Leila Crerar) comes to visit, the social distance between the urbane, sophisticated Julien and the rustic, naive Martine becomes apparent. Moreover, Julien’s grandmother pushes him to aim for a union with Jeanne and end his infatuation with Martine. And Martine herself is pursued by a local farmer Alfred (Chris Porter). But she dreams and hopes against hope that love and marriage with her Julien will be possible.

Martine written in 1922 is the French playwright's Jean-Jacques Bernard (1888 -1972) best-known play. Bernard comes from an artistic family. His father Tristan was an even more prominent author and is grand-nephew Francis Veber is an actor, playwright, screenwriter and film-producer.

The Finborough Theatre has a tradition of reviving worthwhile theatre plays from the past that are not often performed in the UK.  Martine certainly fits the bill and the beautiful translation by the English writer John Fowles (author of  “The French Lieutenant’s Woman”) certainly helps. The play is at times reminiscent of Ibsen and Chekhov although without the latter's sense of humour. A lot is left unsaid and communicated only by gesture or facial expression.

This production has a lot going for it: there is Max Pappenheim’s soundscape rich in birdsong for the scenes playing in the French countryside and resonant with the ticktock of an invisible large clock when the action moves indoors to grandmother Mervan’s farmhouse. There is also Cherry Truluck’s beautifully inventive set, especially for the important initial scene under the apple-tree. Best of all are the performances Tom Littler has got out of his cast, ranging from Susan Penhaligon’s tough but sympathetic Mme Mervan to a beautifully moving performance in the title role by a magnetic Hannah Murray headed for stardom, no doubt.  The tragic story of Martine’s unrequited love made a tear or two flow among members of the audience. It’s good theatre beautifully produced and played.

With the pub downstairs again fully functional and ready to serve a friendly pint or two, the Finborough Theatre is always worth a visit 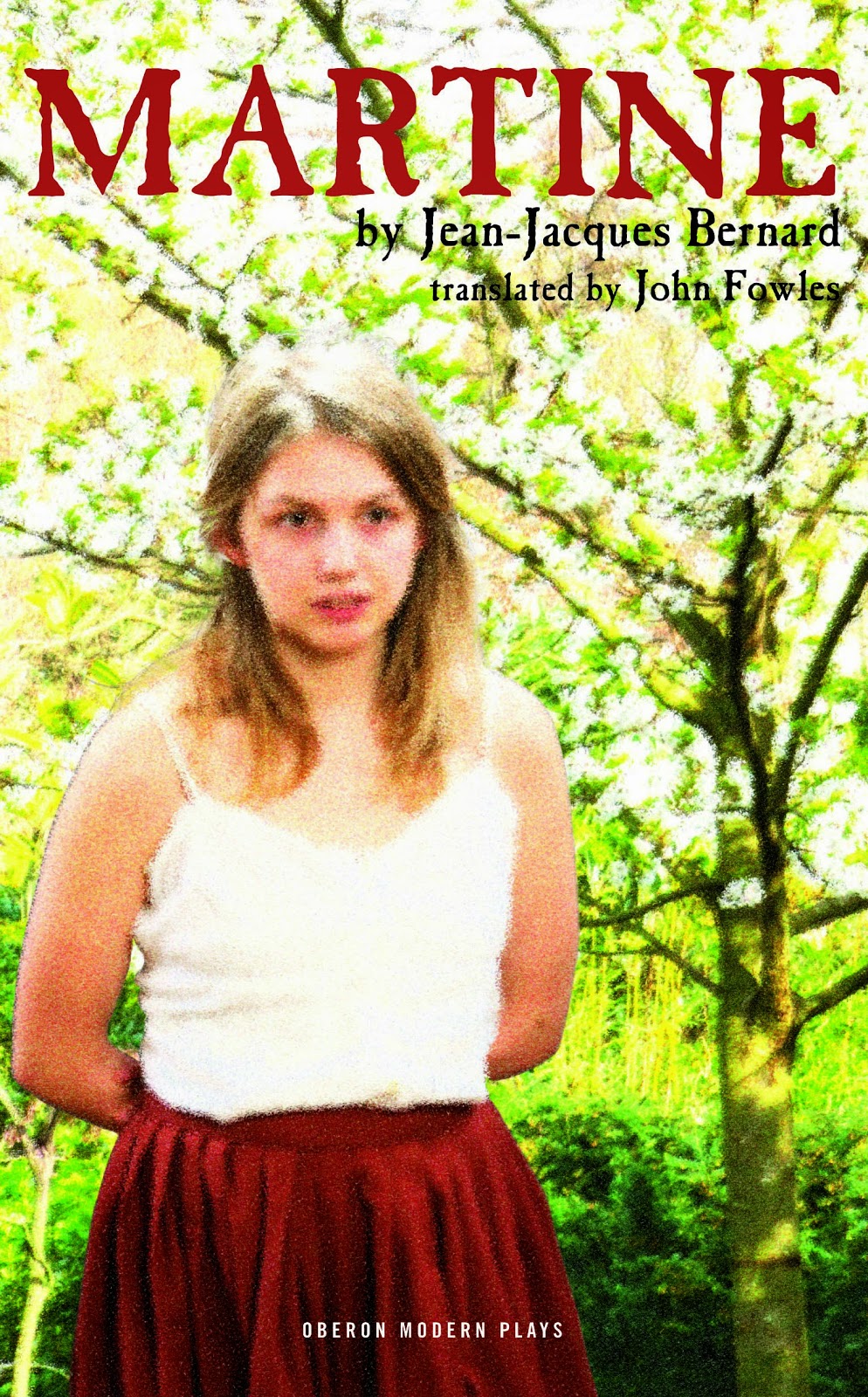 Posted by A London Theatregoer at 17:57