Behind the Beautiful Forevers, written by David Hare directed by Rufus Norris, National Theatre London, 9* out of 10

A gripping, moving true story from the slums of Mumbai brought spectacularly to life by playwright David Hare and director Rufus Norris at the National Theatre.

David Hare’s new play is the ambitious attempt to turn a Pulitzer Prize winning reportage about life in a Mumbai slum into entertaining theatre for London mainstream audiences.  My fear was that this excellent playwright would fail, as he had done in his play about the 2008 world financial crisis, “The Power of Yes”.  But I need not have worried: Behind the Beautiful Forevers is engaging, entertaining and in Rufus Norris’ production very watchable and at times truly spectacular.

Set in 2008 in the Annawadi slum neighbourhood, not far from the ever expanding Mumbai airport, the play tells the story of the slum-dwelling neighbourhood, making a meagre and risky living from collecting rubbish, or being part of various government schemes to help the poor, or being the go to person for fixing things with one other of India’s corrupt government services.  Hindu, Muslim and Christian, in many respects their relationships with each other are not much different from what they would be in middleclass neighbourhoods elsewhere in India or the Western world. But their lives are precariously balanced; in that way they too are not unlike the “Fiddlers on the Roof” whom Sholem Aleichem's Tevye the Milkman of Anatevka used as an analogy to describe his own people’s precarious existence. One small change, one wrong move and catastrophe can strike very quickly. Watching the action, it is not difficult to identify or sympathise with and dislike one or other of the characters.

A great merit of David Hare’s adaptation of Kathrine Boos book is that it tells us the story of the changing fortunes of more or less sympathetic characters in a thoroughly entertaining, sometimes funny, sometimes moving way, without ever campaigning for the pitiable poor or lifting the didactic index finger.

Bringing Annawadi to life on the Olivier Theatre stage is a very talented ensemble with some outstanding individual performances, Shane Zaza as Abdul, Anjana Vasun as Manju, Heyran Abesekura as Sunil). The challenges of the set design, lighting sound and direction are enormous and very successfully pulled off by the other creatives, notably designer Katrina Lindsay and lighting designer Paule Constable.

The very enthusiastic applause from the packed audience at the end of the performance last night was thoroughly deserved. 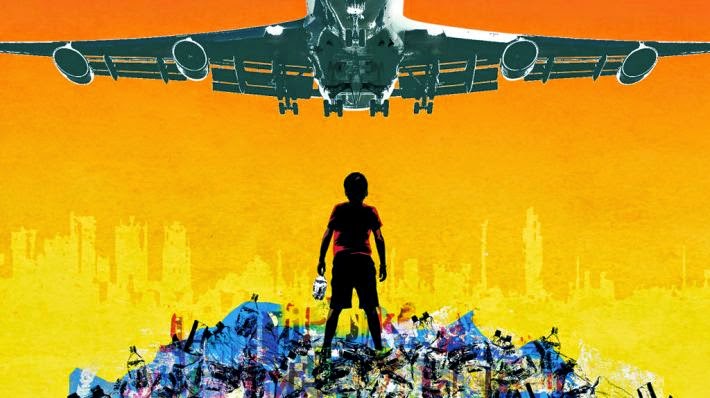 Posted by A London Theatregoer at 17:45