Splendour, Play, by Abi Morgan, Donmar Warehouse, London, 9* out of 10

Written in 2000, Abi Morgan’s four-women-play is as fresh and relevant today as it was then. Tense political and human drama that should be on the syllabus of any political science course.

In the presidential villa of a country in the throes of a long drawn-out civil war four women wait for his return home from a long and difficult working day. Catherine (Genevieve O’Reilly) the photo journalist has obtained access to the President in his natural habitat of the hoped for perpetual power he has achieved and hangs on to by the skin of his teeth. Gilma (Zawe Ashton), Catherine’s interpreter and fixer, has made the compromises she needs to make to survive and is determined to do what it takes to continue to survive even though her ethnicity makes her a perpetual suspect. Genevieve (Michelle Fairley) is a friend of the dictator’s wife, whose late artist husband’s painting hangs prominently in the living room. And finally, Micheline (Sinead Cusack) the President’s the strong and ruthless woman who is behind the successful man behind the failing state.

Written in 2000 and premiered at the Edinburgh Fringe Festival, Abi Morgan’s play is as fresh and relevant today as it was then. From Ceaucescu’s Roumania to Assad’s Syria. By focusing on women in the company of other women Morgan dispenses with male political self-deception and lets her characters serve the truce about themselves, in no case more ice-cold ruthless, brutally accurate than in the case of Micheline, the President’s wife.

"Splendour" is true, intelligent, tense and insightful. The direction by Robert Hastie keeps the audience on the edge of their seats. Peter McKintosh's broken-glass faux art-deco set is just right. The cast is excellent, with Sinead Cusack giving Micheline just the right amount of fear and courage, humanity and coldness.

Ninety-five tense minutes of excellent political and human drama that should be on the reading/watching list of any political science course. It's also great theatre. 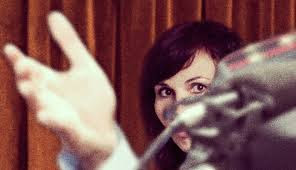 Posted by A London Theatregoer at 13:20